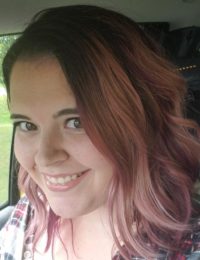 Tayler Hochstein is the daughter of Dr. Judi Freid who owns Veterinary Medical Center. Tayler began officially working at VMC in the spring of 2012 although she has fond memories of life at the clinic even as a little girl. After high school, Tayler attended Eastern Michigan University for a business education but is now following her life long passion of working with animals. Tayler’s job includes being our office manager as well as a technician. She has 2 dogs, an American Bulldog named Chompers and a lab-Shar-pei named Maddie and a cat named Marmalade. In her spare time she enjoys fishing, being out on the water and tending to her garden.

Our veterinarians are dedicated to providing the best possible healthcare by getting to know you and your pet.

Are you a New Client?

Here at Veterinary Medical Center, we always welcome new clients and patients to our full service veterinary practice in Michigan.

Vet Services
We provide a wide variety of veterinary services to assist you and your pet. Learn more about the services we offer and how we're different.